The VA Platform is an intelligent ANPR camera platform for traffic enforcement and monitoring purposes. This high-end configurable camera can be adapted to the unique requirements of every situation for an optimal cost-quality ratio. All hardware and software is embedded in the compact housing of this standalone solution.

The complete VA platform was created by us and Scapeye, our subsidiary, to deliver its clients high quality ITS solutions which are robust, reliable and cost-effective. Exceptionally configurable software and modular hardware make sure that all the solutions we offer are highly scalable and stay at the cutting edge of technological advances.

Read more about this solution on the VA Platform website. 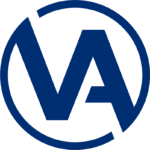 The VA Platform is a complete standalone solution which is easy to install.

The product is ideal for locations with limited or zero fibre connectivity thanks to integrated 4G.

VA is a multipurpose platform that is adaptable to future applications.

Currently, we are implementing our Average Speed Enforcement system on Dutch provincial roads using the VA Platform. The Netherlands Public Prosecution Service has done extensive analysis and selected a list of dangerous provincial roads. These are mainly single and double carriageway roads with relatively high accident and speed violation rates. Risk factors like access roads, crossing by vulnerable road user such as cyclists, and trees make speeding dangerous. To improve safety, our VA Platform will be operational after the summer 2019.