The Intelligent Transport Management System (ITMS) for Surat was implemented by ARS Traffic & Transport Technology (ARS T&TT) India and is currently still operated by ARS T&TT. The ITMS was recently awarded the Smart Infrastructure Innovation Award, and now we have reached another milestone: real time transit data via Google Maps is now available for Surat ITMS. Surat is the first city in Gujarat, and the second in India, to launch real time transit information with Google Maps.

ARS T&TT has developed a feeder system that provides the real time transit information to Google. This system is part of the Automatic Vehicle Locator System (AVLS), also developed by ARS T&TT, which is one of the major modules under the ITMS system.

The new Google Transit feature will enable people in Surat to get real-time updated information on Surat Sitilink’s transit routes. Commuters in Surat can simply type in their location and destination in Google Maps to get information about which bus to take and – more importantly – they will be able to see when the next bus is arriving at the closest stop. Also, commuters will be able to get an estimation of how long the trip is going to take and if the bus they are planning to take is delayed. the new feature is available on both Android and iOS apps of Google Maps, and users can also find the information by searching a bus stop on Google. 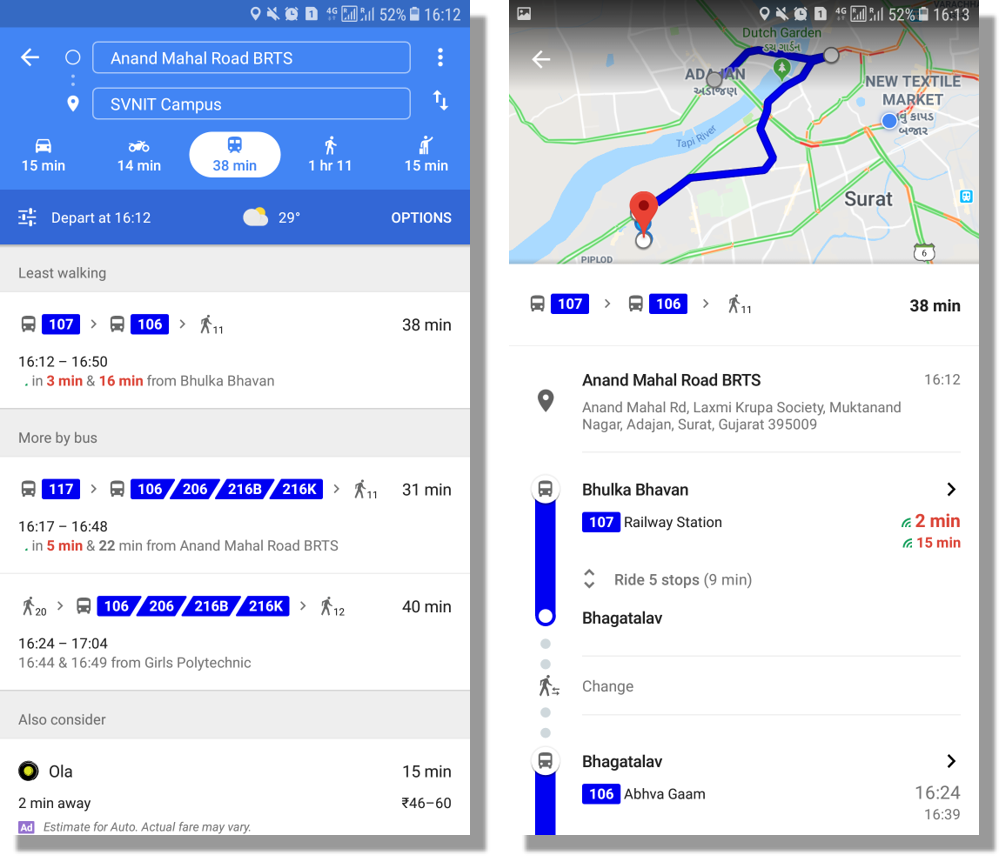